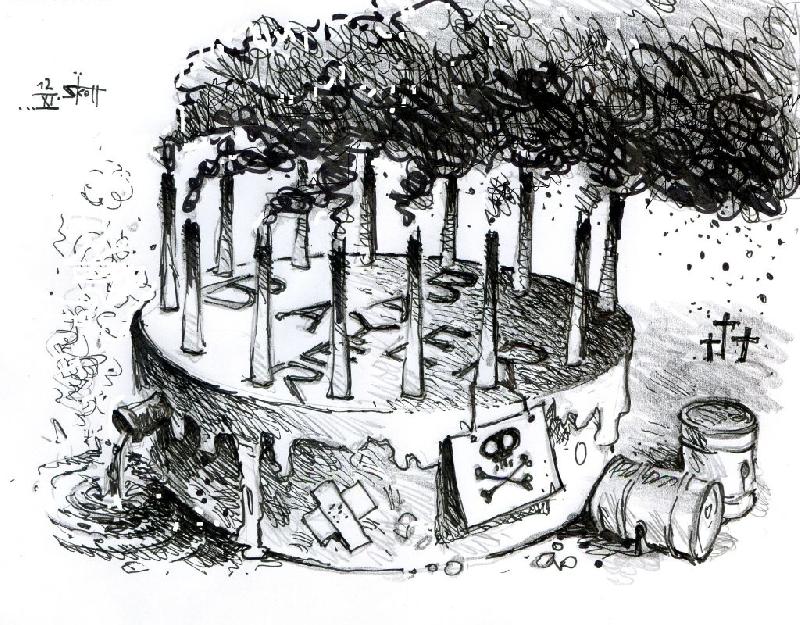 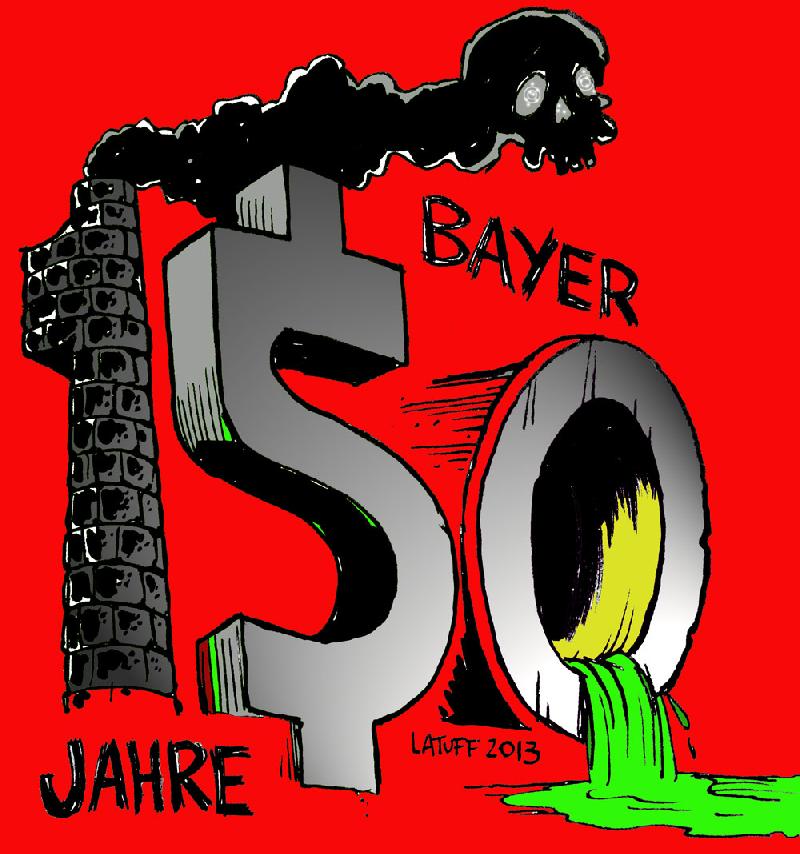 BAYER is staging costly celebrations to mark its 150th birthday, yet the company´s numerous crimes are not mentioned at all in the commemorative publications. Instead of acknowledging responsibility for forced labor, poison gas and fatal pharmaceutical products, the company's history is wholly ignored. The Coalition against Bayer Dangers has started a campaign to highlight the dark side of BAYERs past.

=> Caricatures on the BAYER Anniversary by Carlos Latuff, Kostas Koufogiorgos, Berndt Skott and from Italy

=> IG Farben in the US: "The spying Scotsman who hunted the Nazis of New York"