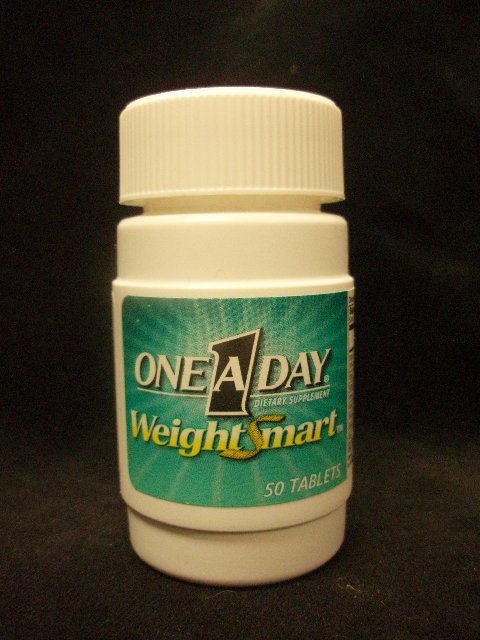 The Federal Trade Commission said today that it fined four makers of over-the-counter weight-loss products more than $25 million for false advertising, including a $3.2 million civil penalty against Bayer for claims made for One-A-Day Weight Smart.

FTC chairman Deborah Platt Majoras said the Bayer fine was the largest civil penalty ever levied by the agency. The Bayer settlement, which was filed yesterday in U.S. Court in the District of New Jersey, came after Bayer had violated an earlier FTC order directing it to cease what Majoras said were bogus weight loss claims for its Weight Smart product, which added green tea extract to a standard multivitamin compound.

At a news conference here, Majoras singled out one Bayer ad as particularly egregious. The ad recommended one exercise -- lift, twist and bend -- which Majoras said was explained as "lift the bottle, twist the cap, and bend your wrist to take the pill."

She said the FTC has already collected those fines, but is still working out the details for the refund program and she advised interested consumers to regularly check the FTC Web site (www.ftc.gov) for more announcements.

Nutramerica Corp, which makes, TrimSpa, was fined $1.5 million. The TrimSpa marketing campaign featured endorsements by tabloid celebrity Anna Nicole Smith, a point emphasized by Majoras at the press conference. Majoras noted that all testimonials and endorsements, by celebrities or not, should be regarded with skepticism because the spokespersons are not only paid by the supplement makers, but they often are also supplied with diet coaches and personal trainers in order to guarantee weight loss.

She said that as many as 70 million Americans need to lose weight, but added that the only proven weight loss method was diet and exercise. Majoras said one reason that Americans are so willing to spend money on diet pills is that that they "believe what they read or see on television."

The products singled out by the FTC today were advertised in People, TV Guide, Cosmopolitan, and Men's Fitness magazines, she said. At the press conference, Majoras issued a plea to media companies to refuse advertisements from diet pill makers who include any one of seven "red flag" claims that she said "are just never true."

Those claims are that the product:

FTC Recovers $25 Million to Settle Allegations of Deceptive Marketing for Xenadrine EFX, CortiSlim, TrimSpa, and One-A-Day WeightSmart
The FTC has filed complaints in four separate cases alleging that weight-loss and weight-control claims were not supported by competent and reliable scientific evidence. Marketers of the four products –Xenadrine EFX, CortiSlim, TrimSpa, and One-A-Day WeightSmart – have settled with the FTC, surrendered cash and other assets worth at least $25 million, and agreed to limit their future advertising claims.
“You wont find weight loss in a bottle of pills that claims it has the latest scientific breakthrough or miracle ingredient, said FTC Chairman Deborah Platt Majoras. “Paying for fad science is a good way to lose cash, not pounds.

One-A-Day WeightSmart
The Bayer Corporation will pay a $3.2 million civil penalty to settle FTC allegations that advertisements for One-A-Day WeightSmart multivitamins violated an earlier Commission order requiring all health claims for One-A-Day brand vitamins to be supported by competent and reliable scientific evidence.
Bayer ran a national advertising campaign for One-A-Day WeightSmart, which contains EGCG (epigallocatechin gallate), a green tea extract. Bayer also advertised on television, radio, and the Internet, and in newspapers and magazines, such as RedBook, Family Circle, and TV Guide.
Advertising claims included statements such as:
“Just in! Most women over 30 can gain 10 pounds a decade, due in part to slowing metabolism. So eat right, exercise, and take One-A-Day WeightSmart. The complete multi-vitamin with EGCG to enhance metabolism.
“One-A-Day WeightSmart. The first and only complete multivitamin with an ingredient to enhance your metabolism. EGCG, a natural green tea extract, to help you while you manage your weight.
The complaint alleges that Bayer Corporation marketed One-A-Day WeightSmart with unsubstantiated claims that it
· increases metabolism;
· enhances metabolism through its EGCG content;
· helps prevent some of the weight gain associated with a decline in metabolism in users over age 30; and
· helps users control their weight by enhancing their metabolism.
The FTC alleges that these unsubstantiated claims violate a 1991 Commission order against Bayers predecessor, Miles Inc., that require all claims about the benefits of One-A-Day brand products to be substantiated by competent and reliable scientific evidence.
In addition to the $3.2 million civil penalty, Bayer is prohibited from violating the FTC order and from making unsubstantiated representations regarding the benefits, performance, efficacy, safety, or side effects of any dietary supplement, multivitamin, or weight-control product.
The FTC acknowledges the National Advertising Division of the Council of Better Business Bureaus for its referrals of some of these cases.
The Commission vote to accept the Bayer settlement was 5-0. At the Commissions request, the Department of Justice filed the complaint and proposed consent decree on January 3, 2007, in the U.S. District Court for the District of New Jersey.