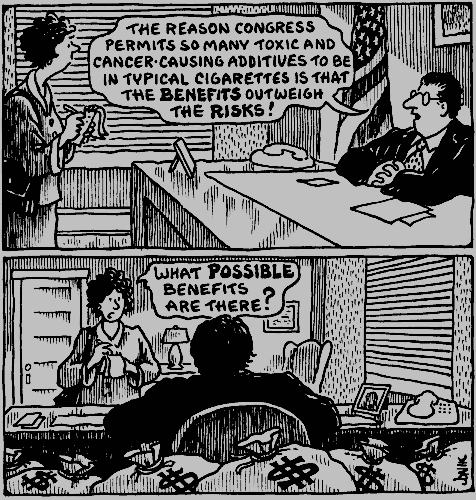 The health danger from typical cigarettes is more likely not from tobacco, but from industrial substances they contain