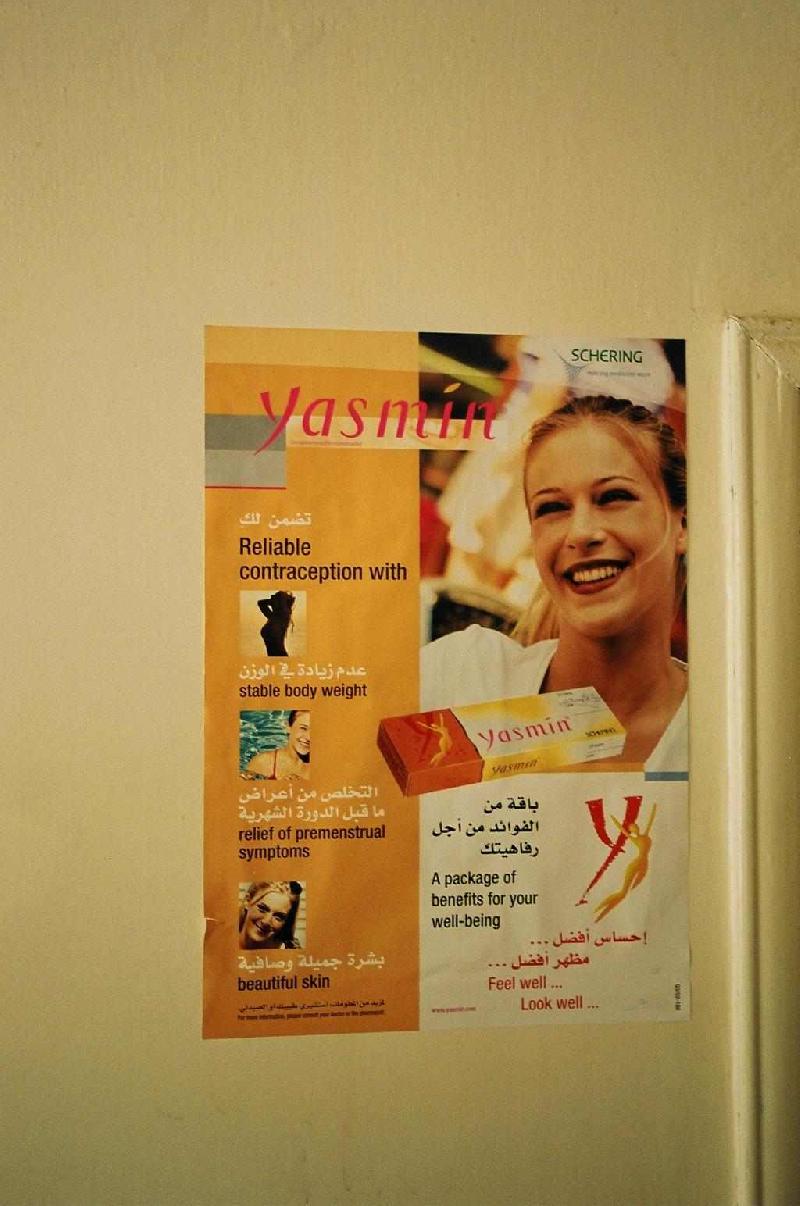 Two television commercials for Bayer AG's birth control pill Yaz give a misleading impression of its benefits, U.S. health regulators warned the company in a letter released on Tuesday.
The ads wrongly suggest the pills are approved for relieving premenstrual syndrome, the U.S. Food and Drug Administration said in a letter dated Oct. 3. The ads also minimize the drug's risks, the agency said.
Bayer will stop running the only one of the two ads currently in use, company spokeswoman Rose Talarico said. The other campaign ended in 2007.
The commercial no longer being broadcast featured women singing "We're not gonna take it" and kicking, punching and pushing balloons with words such as "irritability," "moodiness" and "bloating."
Those symptoms are common with PMS. Yaz, however, is cleared for a more serious condition called premenstrual dysphoric disorder (PMDD), which causes anxiety, tension, persistent anger and other symptoms.
"The TV ads misleadingly suggest that Yaz is approved to treat women with any severity of the symptoms presented, regardless of whether their symptoms are actually severe enough to constitute PMDD," the FDA letter said.
A second ad featured the song "Good-Bye to You" with women releasing balloons labeled with symptoms. The commercial suggests "women are saying 'goodbye' to their symptoms and are now symptom-free, when such an elimination of symptoms has not been demonstrated by substantial evidence or substantial clinical experience," the FDA said.
Bayer will pull that ad and work with the FDA regarding other promotions for Yaz, Talarico said.
The FDA said both commercials "suggest that Yaz is approved for acne of all severities when this is not the case," the agency said.
In addition, the FDA said the ads distracted viewers with fast-moving images and background music, while information about potential side effects was described.
"These complex presentations distract from and make it difficult for viewers to process and comprehend the important risks being conveyed. This is particularly troubling as some of the risks being conveyed are serious, even life-threatening," the agency said.
Blood clots are among the potential side effects.(Reporting by Susan Heavey and Lisa Richwine, editing by Leslie Gevirtz, Bernard Orr)

THE contraceptive pill has been blamed for the death of a 24-year-old Melbourne woman who was using it as part of her acne treatment.
Tanya Hayes, a student from Croydon, died on Monday, hours after collapsing in a car park.
Ms Hayes had been taking an oral contraceptive - recommended for patients using acne medication Roaccutane - for about four months.
Busy working and studying, Ms Hayes had ignored symptoms including "breathlessness" and "a nasty, hard cough" for about a fortnight.
Late Sunday night she collapsed outside a Ferntree Gully restaurant and was rushed to Angliss Hospital.
Ms Hayes died less than five hours later after a pulmonary embolism - blood clotting - in her lungs.
The hospital's director of emergency medicine, Associate Prof Graeme Thomson, said Ms Hayes's death had been "caused by blood clotting caused by factors related to taking the oral contraceptive pill".
Ms Hayes's devastated family said the risks should be printed clearly on the boxes of oral contraceptives.
"We want the precautions for the Pill written on the outside of the Pill (packaging)," said her father, Robert Hayes. "We want youngsters to know how important it is to read the awareness notices."
The fine print in the packaging of Yasmin, the contraceptive medication Ms Hayes had been taking, lists "breathlessness" as a "very rare . . . very serious side effect".
"If we had read the Pill's directions more carefully . . . maybe we would still have Tanya here," Ms Hayes's mother, Genevieve, said.
"My daughter wasn't a vain person, but she'd had acne for 13 years and just wanted to clear it up."
Ms Hayes's twin brothers, Lachlan and Simon, 21, said their beloved sister always put the health of others ahead of her own.
"She was smart, the dux of her school . . . and she was always the person who organised everyone else ," Lachlan said.
"She was nice to everyone."
Dr Stephen Shumack, secretary of the Australasian College of Dermatologists, said contraceptives were advised for women using Roaccutane.
Women using Roaccutane have an "extremely high risk of having a baby that is severely deformed" if they fall pregnant and contraceptives also boost the effectiveness of the acne medication, he said.
Dr Shumack said deaths linked to hormonal contraception was "certainly a recognised event, but it's extraordinarily rare".
According to the Therapeutic Goods Administration, oral contraceptives have been linked to three deaths in Australia since 1973. There have been 56 TGA reports of "suspected adverse events" linked to Yasmin since 2003, but no fatalities.
A spokeswoman for Bayer, the manufacturer of Yasmin, said Ms Hayes's death was being "investigated as a priority".
Dr Christine Tippett, president of the Royal Australian College of Obstetricians and Gynaecologists, said several factors apart from medication could cause blood clots. Evonne Barry