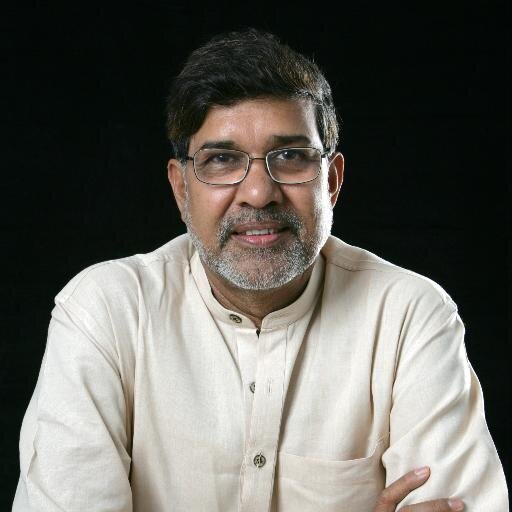 The Coalition against Bayer Dangers and the German section of the Global March against Child Labour congratulate Kailash Satyarthi for winning the Nobel Peace Prize. For many years the initiatives have cooperated with Satyarthi in combating child labour in Indian seed cultivation from which companies such as Syngenta, Bayer and Monsanto benefited. Through a joint campaign with the Indian MV Foundation the number of employed children has been reduced significantly.

Rainer Kruse from the Global March said: “Kailash Satyarthi is a tireless worker. In view of his life`s work 80000 liberated children are surely an understatement. I remember clearly how I met him for the first time - only half an hour later he started to make plans. I always felt it was a privilege to support this kind-hearted charismatic figure who cares so much about children and who maintains the tradition of his great Indian forerunners. Without him we would have never come so far.“

Kailash Satyarthi has been the chairman of the Global March Against Child Labour since 1998. In 2003 the study „Child Labour and Trans-National Seed Companies in Hybrid Cotton Seed Production in Andhra Pradesh“ conducted by the MV Foundation was published in Germany. The study revealed that subcontractors of Bayer employed about 1,500 children under the age of 15 in the production of cottonseed in the Indian union state of Andhra Pradesh. Three other multinationals – Advanta, Emergent Genetics and Monsanto – were responsible for 10,725 further cases of child labour.

Labour on cottonfields is of the worst kind: the children do not attend school, work shifts of 14 hours a day, earn less than 50 cents a day and suffer from serious health problems. About 70% of the investigated cases were employed under debt-contracts, reminiscent of bonded labour: parents receive loans with usurious interest rates which their children must then work off, usually for several years. There were also cases of slavery: children having been bought, separated from their families and forced to live in dismal huts near the fields where they work.

Altogether there were more than 100,000 children employed in India’s seed production. Unfair contracts forced upon cotton farmers by companies such as Bayer and Monsanto were the chief source of the continued malpractice. Prices paid by the companies were so low that parents were forced to expose their children as cheap hands to terms of bonded labour.

For several years the companies denied the problems or put the blame on their suppliers. Therefore the initiatives filed a complaint for violation of the OECD-guidelines. Also investors such as the Norwegian Oil Fund demanded an end to the exploitation of children.

Philipp Mimkes from the Coalition against Bayer-Dangers said: “At that time Bayer reacted not because of ethical reasons, but in order to evade further damage to its image. This success was only possible because of external pressure. In India itself the problem had been known for many years. The cooperation of initiatives from four countries is a good example for a ”globalization from below“. We hope that the award for Malala Yousafzay and Kailash Satyarthi will lead to further progress in the fight against child labour!“.