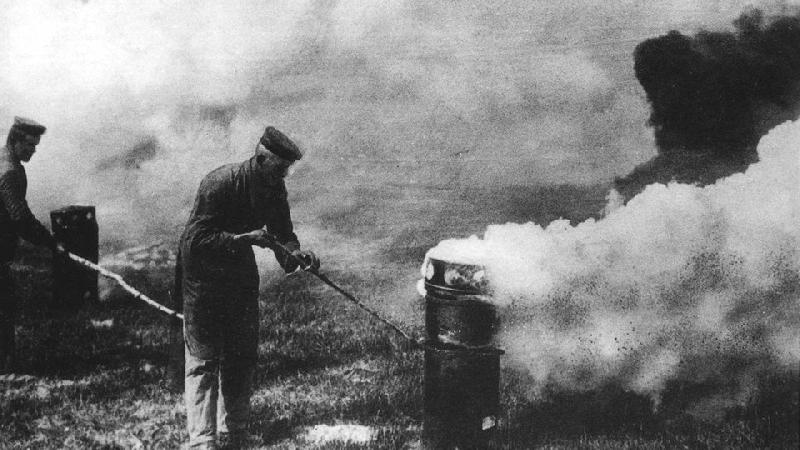 Chemical Warfare during WW I 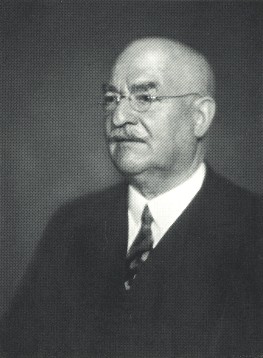 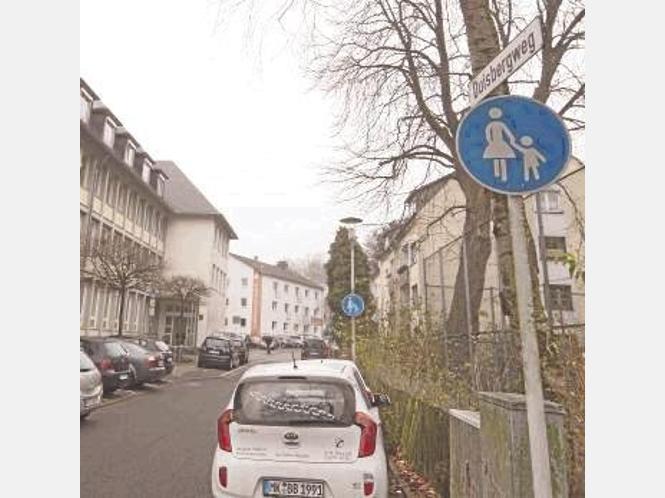 Carl Duisberg: Streets to be Renamed

The German cities of Dortmund und Luedenscheid have decided to rename streets named after the former BAYER chief executive Carl Duisberg. Corresponding initiatives are under way in Frankfurt, Wuppertal, Krefeld and Leverkusen. Wuppertal is the birth place of Carl Duisberg, Leverkusen is the home of BAYER's headquarters.

With a population of 580,000 Dortmund is the biggest city of the Ruhr region. The historians of the municipal archive concluded: “Under his leadership the company produced poison gas during World War I. (…) Duisberg was one of the leading German industrialists who enforced the deportation of Belgian civilians to Germany as forced labourers during the war – this was illegal even under the international martial law applicable at the time. (…) Carl Duisberg was an active member of the anti-semitic Pan-German League (Alldeutscher Verband). As a patriarch he vehemently opposed trade unions throughout his life. From the beginning he was against the democratic Weimar Republic.” The complete statement can be found here (in German).

Carl Duisberg (1861 to 1935) became BAYER chief executive in 1912 and carried significant responsibility for BAYER´s global rise. A letter by BAYER trying to prevent the renaming at the last minute was not taken into consideration.

Jan Pehrke from the Coalition against BAYER Dangers says: “Carl Duisberg literally walked over dead bodies for profit. Due to his responsibility for the use of poison gas, the exploitation of forced labourers and the close cooperation with the Nazi regime, the former BAYER chief executive is not suitable as a role model for future generations!" In a letter to the Mayor of Leverkusen the Coalition has asked for the removal of Duisberg´s honorary citizenship of Leverkusen.

Carl Duisberg’s role in the exploitation of forced labourers during World War I is of historic significance. In the autumn of 1916, Duisberg bemoaned the lack of workers and demanded the use of forced labourers with the claim "Open the large human pool of Belgium". The Interior Ministry of the German Reich picked up the proposal of the industry and arranged the deportation of 60,000 Belgians, which led to worldwide protests. Many of them died. The deportation is regarded as the predecessor of the much bigger slave labour programme implemented during World War II.

At the same time, Carl Duisberg developed - together with Fritz Haber - poison gases such as "Gruenkreuz” (phosgene) and “Mustard gas”, tested them on the front for the first time and pushed for their use – knowingly in breach of The Hague Land Warfare Convention. In Leverkusen Duisberg set up a school specifically for chemical warfare. Towards the end of the war Duisberg and Haber were on extradition lists by the allied forces and they feared prosecution as war criminals.

Carl Duisberg’s greatest success was the foundation of IG Farben in 1925, where he was appointed head of the supervisory board. Duisberg had organized the merger of companies within the German chemical industry to form the largest European corporation at the time over many decades.

Duisberg’s stance towards the Weimar Republic was hostile. He organized industry donations to conservative and nationalistic parties, including to the Nazis, from 1930 onwards. In 1931 Duisberg demanded: “The German people constantly cries out for a Führer who will liberate it from its unbearable situation. If a man comes along now who has proved to have no inhibitions, we must follow him unconditionally." In the same year Duisberg demanded, in a speech before the Chamber of Commerce in Dusseldorf, the creation of a European economic area under German domination.

In return for the millions in donations, the Nazis guaranteed to buy synthetic fuel and rubber from IG Farben. From then onwards no other corporation collaborated so closely with the Third Reich. Carl Duisberg crowed on the occasion of his retirement: "I am looking forward to my retirement under our Führer Adolf Hitler." Hitler in return offered his condolences on Duisberg's death in 1935: "With him the German chemical industry has lost one of its first pioneers and a successful leader, and the German industry one of its great organisers. His name will live on honorably in Germany.”

Already at the end of the 19th century Carl Duisberg marketed heroin ruthlessly, as a supposedly harmless cough remedy. Back then BAYER promoted its 'wonder drugs' Aspirin and Heroin worldwide. When a scientist decried the addictive potential of heroin, Duisberg – he was at that point executive director at BAYER – remarked that one had to “silence the opponents”. Although the addictive dangers became obvious quickly, the corporation continued selling it profitably for many decades.

Jan Pehrke from the Coalition against BAYER Dangers concludes: “Carl Duisberg was a convinced nationalist, a man characterized by patriarchal imperiousness and a fierce enemy of trade unions. One can only describe Duisberg as a ‘criminal genius’, who subjugated morals to profits throughout his life." Translation: Susanne Schuster (Tlaxcala)

Statement of the Committee for Appropriate Acknowledgment, Pittsburgh, Pa.

The renaming of streets formerly named for Carl Duisberg in Dortmund and other cities, is a triumph, not of the will, but of the conscience.

The Committee for Appropriate Acknowledgment, Pittsburgh, Pennsylvania
salutes the Coordination Against Bayer Dangers, for their courage and persistence in calling attention to Bayer's historic as well as persistent moral and legal failings.

Let us ask that Bayer now revise its company history Milestones (Meilensteine) to reflect an accurate accounting of Duisberg's role and that of other Nazi-era corporate leaders like Fritz ter Meer. The Fritz ter Meer Foundation should also be questioned.

The German cities of Dortmund and Luedenscheid have decided to rename streets named after the former BAYER chief executive Carl Duisberg. Similar initiatives are also underway in Frankfurt, Wuppertal, Krefeld and Leverkusen. This carries a special weight as Wuppertal is the birth place of Carl Duisberg, Leverkusen is the home of BAYER‘s headquarters.

Carl Duisberg is a controversial figure in German history… to say the least. Carl Duisberg became BAYER’s chief executive in 1912 and carries a great responsibility for BAYER´s global rise. He was also a brilliant chemist, but unfortunately, all that is now overshadowed by his other activities.
In November 1916, on advice from Carl Druisberg, the kaiser’s troops began the deportation of more than 60 thousands of people from occupied Belgium : taken from their homes at gunpoint, they were put in trains for transport to German mines and factories. This was despicable, even as an act of war. “Open the large human pool of Belgium”, Druisberg is quoted as saying. Many Belgian workers didn’t survive, and those who did, did so in inhuman conditions. In a way, this set the foundation for much worse slave labor programs from WWII.
Druisberg also relentlessly pushed forth the use of BAYER’s two “miracle” drugs: Aspirin and Heroin. While Aspirin has its drawbacks, it’s certainly one of the most influential drugs of the 20th and even the 21st century. But heroin… seriously, heroin is not a miracle drug. It’s arguably the most dangerous drug on the face of the Earth, and certainly one of the most addictive; and this was known back then. When a scientist decried the addictive potential of heroin, Duisberg remarked that one had to “silence the opponents”. Even when the negative effects became obvious, the company, under Dusiberg’s rule, continued to sell it for huge profits for decades. But perhaps the biggest thing you can fault him with is the development and implementation of “Gruenkreuz” (phosgene) and “Mustard gas”.
Not only did he help develop and implement those gases, but he aggressively pushed forth their usage – knowingly in breach of The Hague Land Warfare Convention. In Leverkusen Duisberg set up a school specifically for chemical warfare. He also supported the Nazi regime with millions in “donations” – the deal was that the government would only buy chemical products from his other company, IG Farben.
All in all, you could call Duisberg a “criminal genius” – a man who dedicated his extraordinary intelligence and huge power to making profits, with no regard to human life. The fact that Germany acknowledged this and decided to clean up his legacy is a laudable move.
Andrei's background is in geophysics, and he published his first scientific paper when he was still an undergrad; now, his main focus is on how geology and geophysics can be applied to understand and protect the environment. Feeling that there is a gap between scientists and the general audience, he started ZME Science - and the results are what you see today.