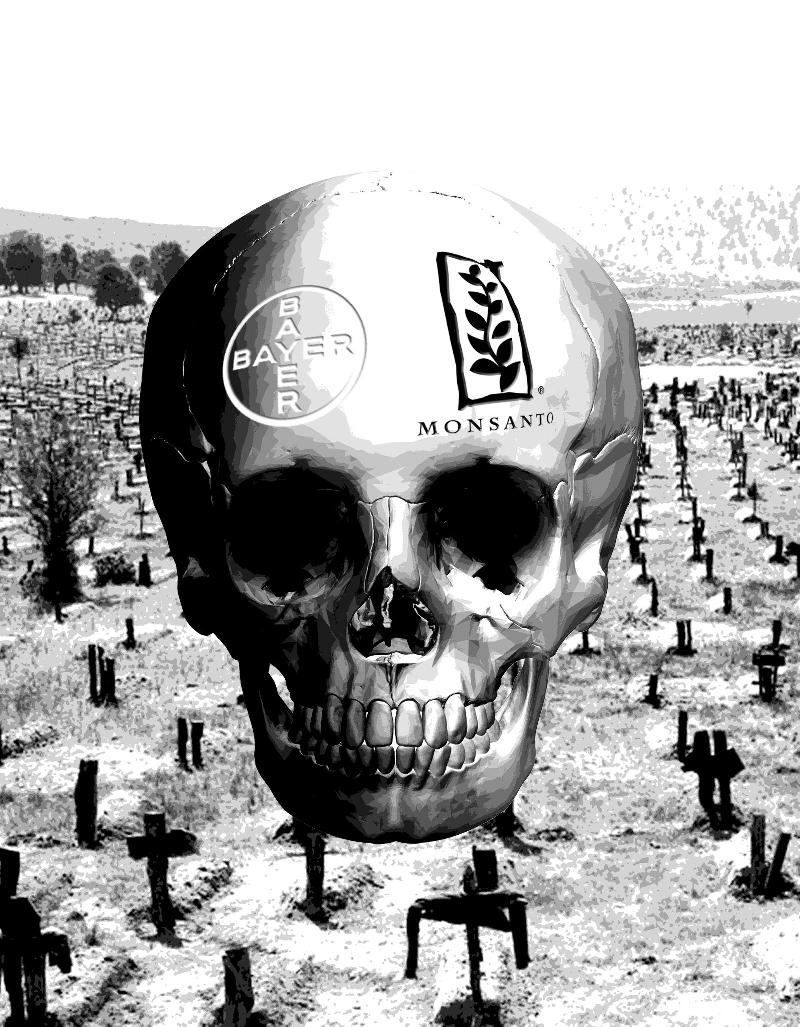 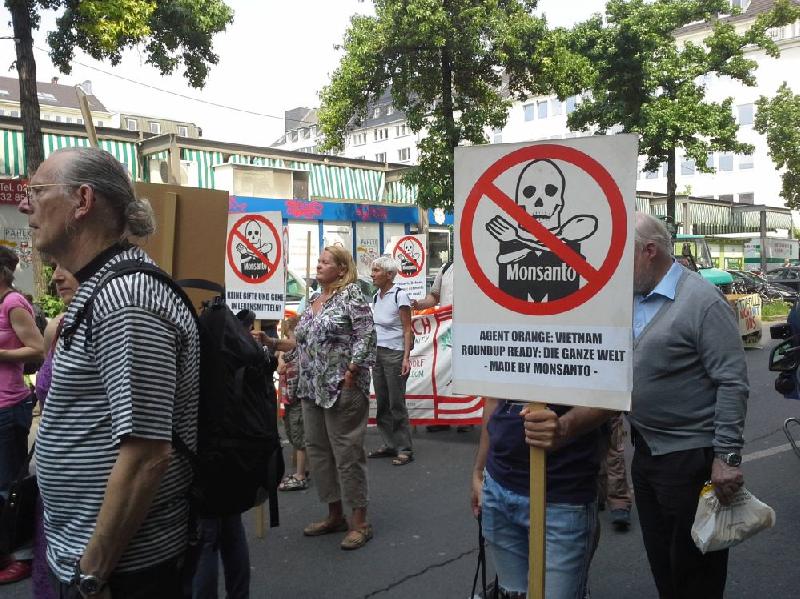 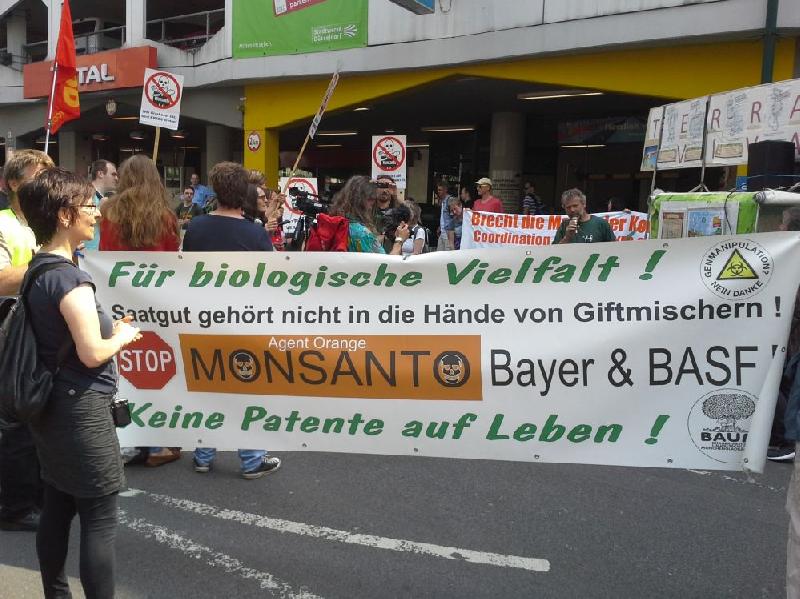 Death in the fields. Poison in our food.
BAYER’s and MONSANTO’s business models are ruthless: both companies make their profits through pesticides and genetic engineering; they damage the health of farmers and consumers; they destroy the global climate and biodiversity, and they jeopardise the basis of life and nutrition for all future generations. BAYER now wants to take over MONSANTO, expanding the life-threatening business model to achieve higher profits for major shareholders. Therefore, resistance is essential: for a society of solidarity, free from profit-chasing at the expense of humanity and nature!

Farmers Ramp Up Campaign Against Bayer Takeover of Monsanto

Press release, 15 June 2016:
The Bayer-Monsanto merger will hurt others

Press Conference, 27 June 2016:
Opposing the BAYER and Monsanto Merger - The fight for a GM-free agriculture must be strengthened